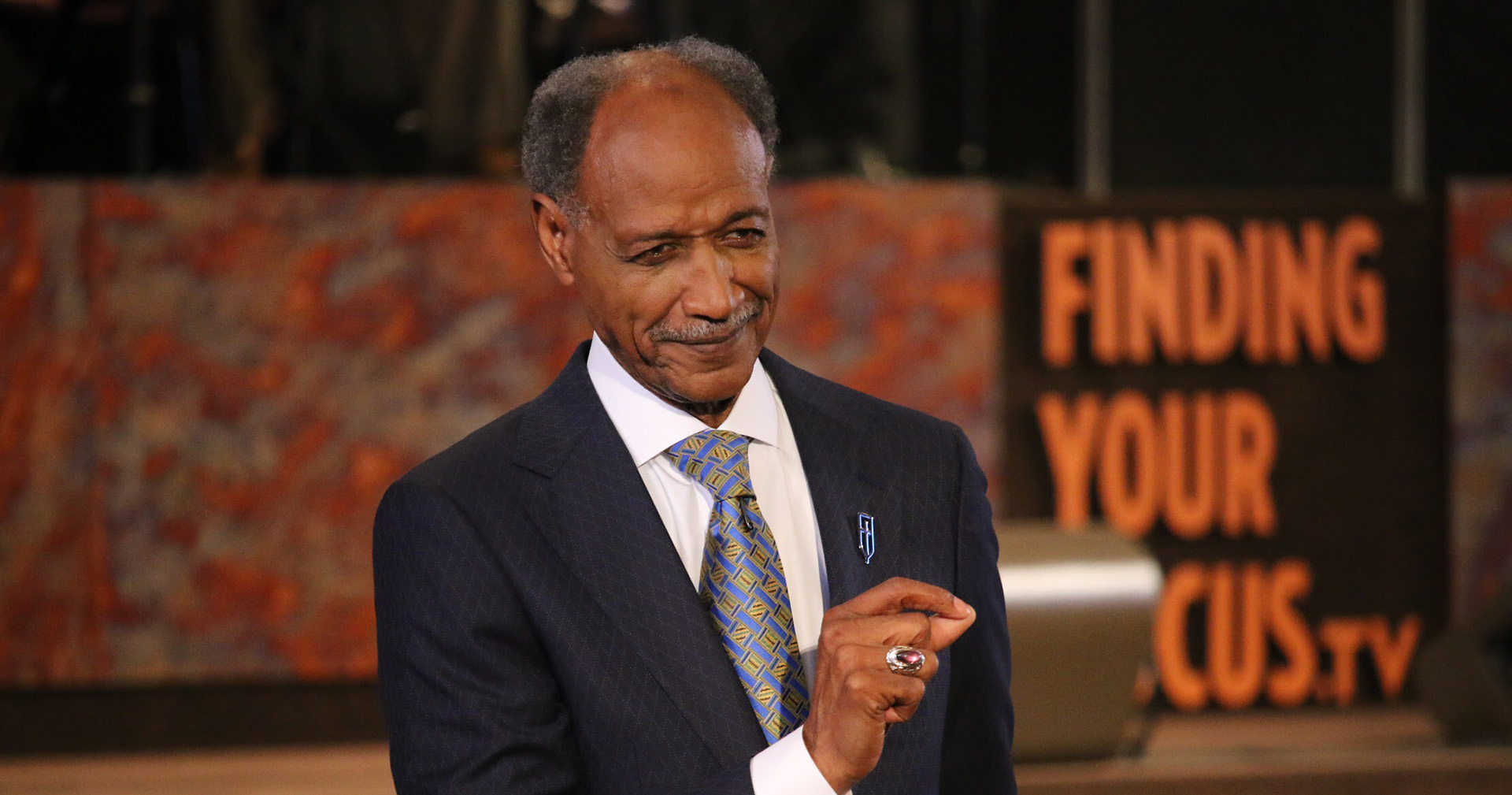 Bishop Andrew Merritt grew up in Detroit, MI with his mother, Laura, and grandmother, Pauline. It was after time spent in Chicago, at the age of 24, that he was called to preach. At that time he began learning under the ministry of Bishop William Bonner and was ordained in 1972.

In June 1978, Bishop met Viveca Cecelia Johnson in Michigan. The two married on November 4, 1978. Shortly before, on October 28, 1978, they founded the Straight Gate International Church. Services were first held in a storefront building with just three members – Reverend Merritt, his wife, Viveca, and daughter, Rachelle.

Under the powerful preaching and teachings of Bishop Merritt, Straight Gate has experienced phenomenal growth – from three members in 1978 to eight church moves and more than 5,000 members today. Straight Gate is located in the heart of Detroit, still holding true as a family based ministry, where Jesus makes families whole. The Straight Gate vision is to reach our city, the nation and the world for Jesus Christ. Bishop Merritt’s ministry has touched numerous lives through the local church, radio and television ministries. A man who believes and is best known for his teachings on faith, Bishop firmly believes God has blessed the ministry because of his strong and unmovable faith in God.

Bishop Merritt’s dynamic teachings have been published in four books: Pursue, Overtake and Reclaim, Jesus Destroyed the Works of the Devil, The Marriage Enrichment Handbook, and his best-selling book, My Faith is Taking Me Someplace. “Expectations: I’ll Praise,” a song featured on Faith in the House (companion CD to My Faith is Taking Me Someplace) by Bishop Andrew Merritt and the Straight Gate Mass Choir debuted at number 6 on the Billboard Charts.

As a community leader, Bishop has addressed civic leaders and lawmakers alike. He is one of few African American religious leaders with the honor to have met and participated in various forums with former Presidents, Ronald Reagan, William Jefferson Clinton, George W. Bush and current President, Barack Obama. He gave the invocation for the opening session of the Michigan House of Representatives in 1989, as well as, for the October 24, 1990 session of the United States House of Representatives. In 1998, at the request of the Mayor of the City of Detroit, Bishop was one of ten pastors assembled to meet with President Clinton and lead a prayer of healing and restoration for the President and the nation. Bishop Merritt also participated in the first Congressional House-Senate Republican Faith-Based Leadership Summit and was named to the Summit Steering Committee.

Other honors for which Bishop has been recognized include:

Bishop Merritt received a Bachelor’s Degree in Theology from the Church of Christ Bible College in New Rochelle, NY, a Master’s Degree of Theology from New Covenant Theological Seminary in New York, and an Honorary Doctorate of Ministry from Logus Graduate School in Jacksonville, FL.